Ad agency Cramer-Krasselt has something called the C-K Create internship program, where college students and recent grads across the country join the company for two months and are tasked with the goal of making something that solves a problem.

Two months isn’t a ton of time; it’s barely enough to integrate new blood into existing processes. So, it’s kind of cool that this internship onboards a bunch of people all at the same time and gives them a project all their own from the get-go.

Using just $1,000, the batch of interns must identify a problem to solve, create an integrated campaign, and execute it over two weeks.

Below is some of the cool stuff they came up with this year.

Some 60 percent of women won’t exercise after dark, versus 14 percent of men. We’ll let you guess why. Being an all-female group, the interns this season organized a stunt at Chicago’s the 606, a popular running route, to score first-hand testimonials from both sexes. After that, they organized a night run to get women out in the dark safely.

“Despite the Dark” was created in partnership with aSweatLife to raise awareness; meanwhile, the campaign’s Instagram created traction around the world.

One in seven people suffer from migraines; the other six mostly think these are just bad headaches, and you really need to tough up.

Sucks. Especially given that migraines are characterized by symptoms so diverse and severe that they could debilitate even the bravest of us. (Oliver Sacks wrote a whole book about them; he didn’t mess around.)

The Migraine Box is an immersive experience that enables people to actually feel what a migraine is like. On July 23, one was set up in the Michigan Plaza lobby of downtown Chicago, maximizing bang for buck. This was done in partnership with the National Headache Foundation, to whom the project was donated once it was over.

We all love a porch swing, and here’s one that’s been put to good use.

New Yorkers have a reputation for being busy and brusque, but many tourists leave the city with the sense that they are actually much nicer than advertised. (We would actually call this a good strategy—lowering expectations so people are impressed you even bother to glance in their direction, thus resulting in an outpouring of emotional gratitude that you may otherwise not get if you positioned yourself as “pretty nice” from the start.)

Anyway, on July 26, a pop-up stunt dubbed The Union Swing was placed in New York City’s Union Square Park with the goal of encouraging tourists and locals to get to know each other better.

It’s pretty much just a swing. There is probably more to it. The case study video goes live at week’s end, so we encourage you to follow the campaign’s Instagram (linked above) until then. 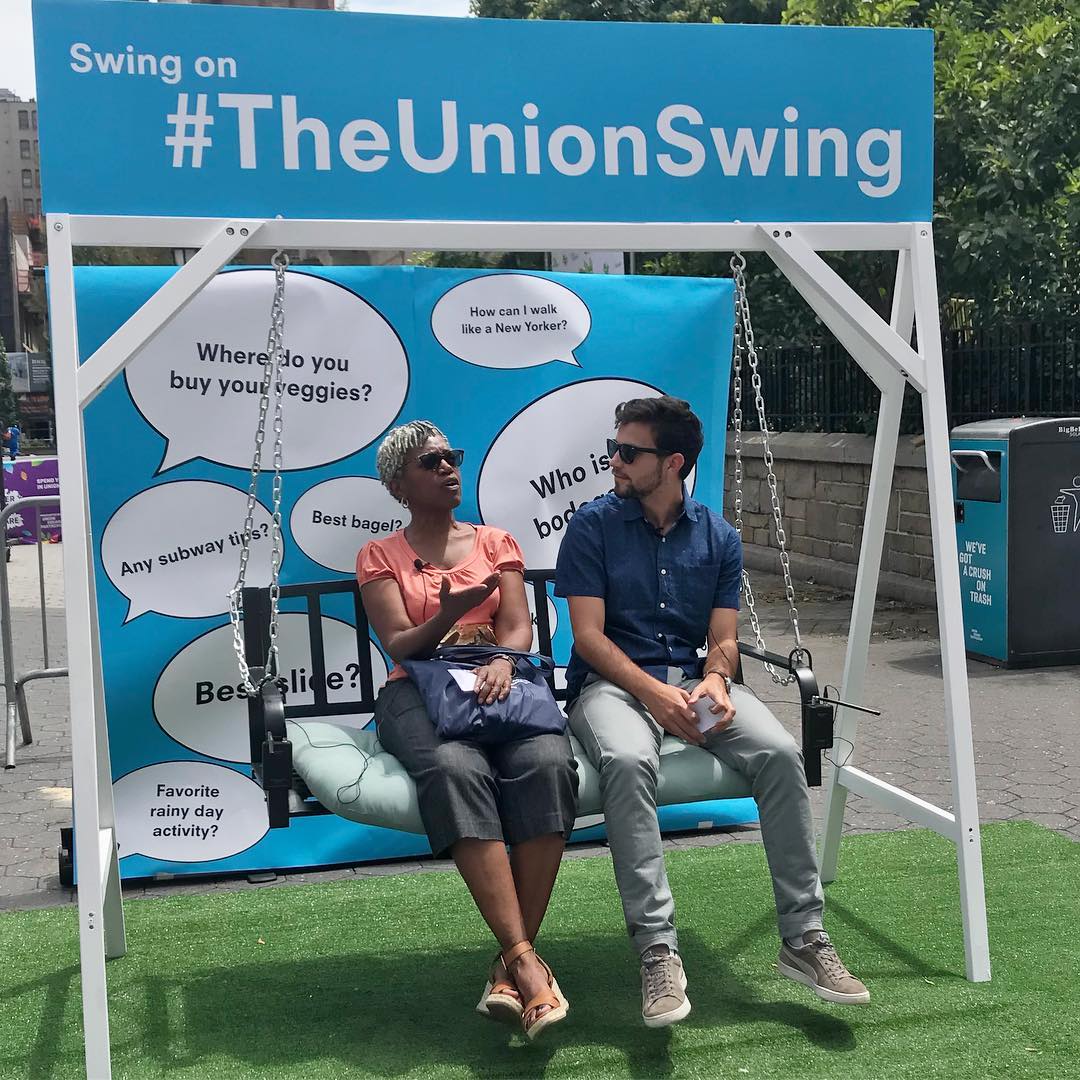 All told, this is grassroots stuff that packs a punch if you’re measuring by a desire to just, you know, help out. (And the people we’re targeting often are using just that metric.) In just two weeks, per C-K, the intern projects generated around 71,000 impressions and nearly 2,000 website visits.

That’s not a lot. But fresh out of school, across two weeks, for a thousand bucks, it isn’t bad. (We’ve certainly seen worse for much larger budgets.)